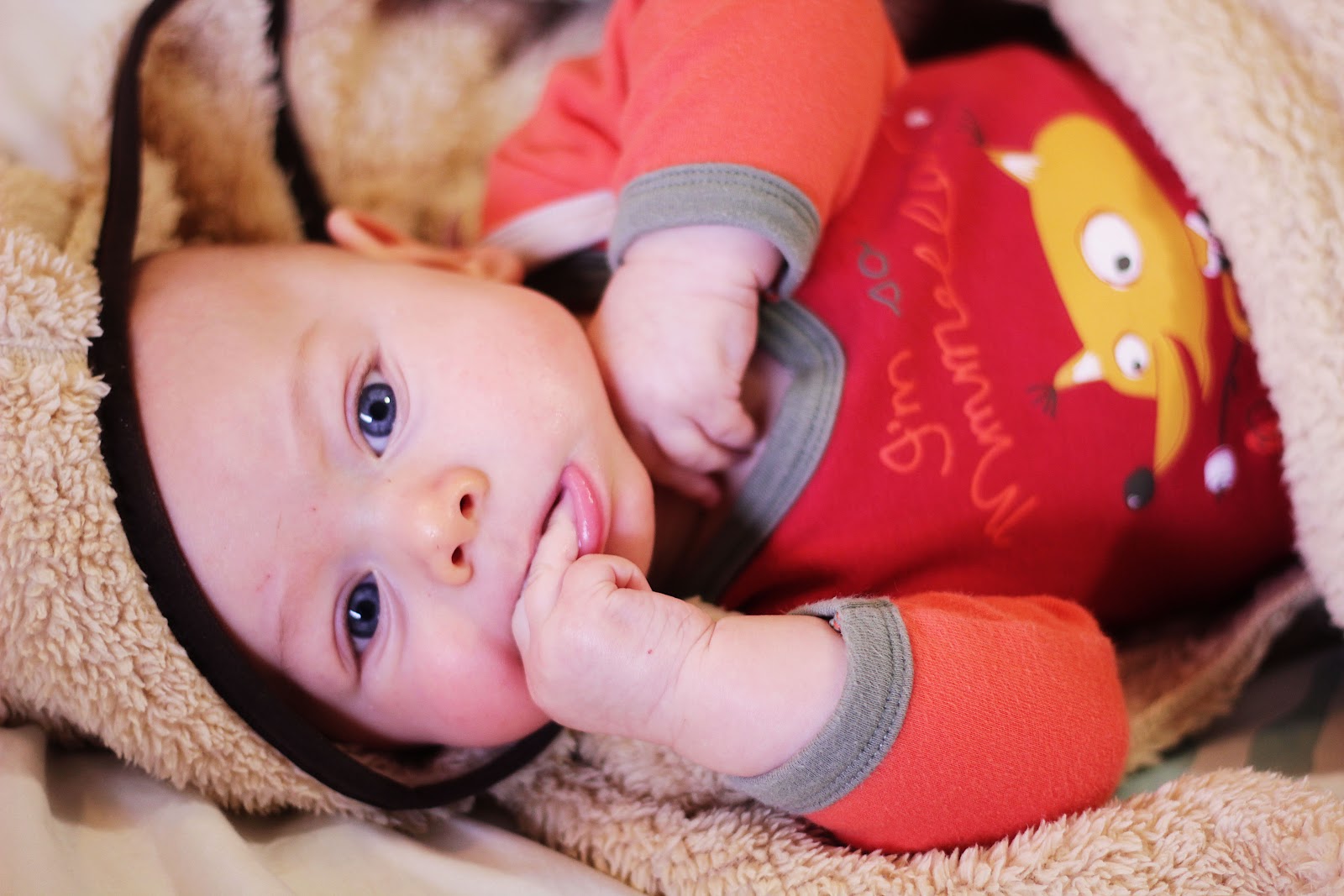 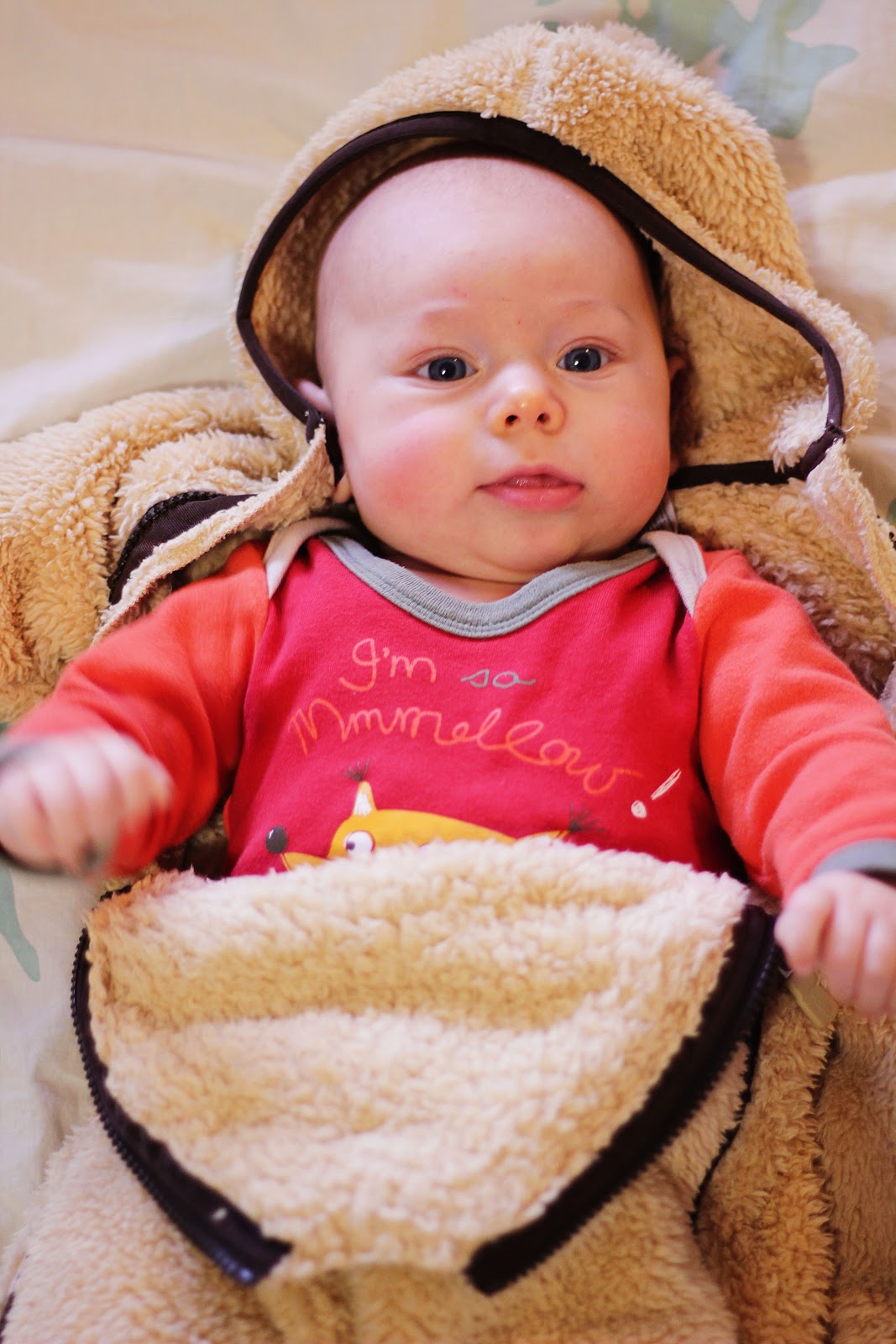 we were given this snug lil bear bunting suit as a gift when benji was born and now he's getting chubby enough to fill it out a bit (size 3-6 mths) i've been using it all the time. one thing i particularly like is that it has two zips down the front that go from his neck to part way down the legs, this makes it easy to keep him warm or cool enough when going from inside to outside places.

i love it even more today for another reason... this cute benji bear here had a major poop blowout. i won't go into details but the clothes he was wearing, well they were no longer wearable... so this of course no problem for a well prepared mama, no big deal i think to myself, i'll just change him into his spare clothes... that are in the diaper bag...

so i feel around to try and identify benji's spare clothing from roo's.. but all i turn up is roo's clothes.. i rummage around further into the depths of the diaper bag.. but again no benji sized clothes! quickly i think about options and realize that it either has to be putting roo's spare clothes on him (that are 2 years too big) or yes! the bear suit!! so he ended up wearing a diaper.. and a bear suit.. and was snug as a bug, or maybe a cub. awesome.

i still don't know when or for what reason i took his spare clothes out of the diaper bag! man. i guess at least i had plenty of diapers! is it just me these things happen to?!!

you can find north face bunting suits like this one HERE and also avoid the "argh no spare clothes" trauma - granted this will only work in the colder months! 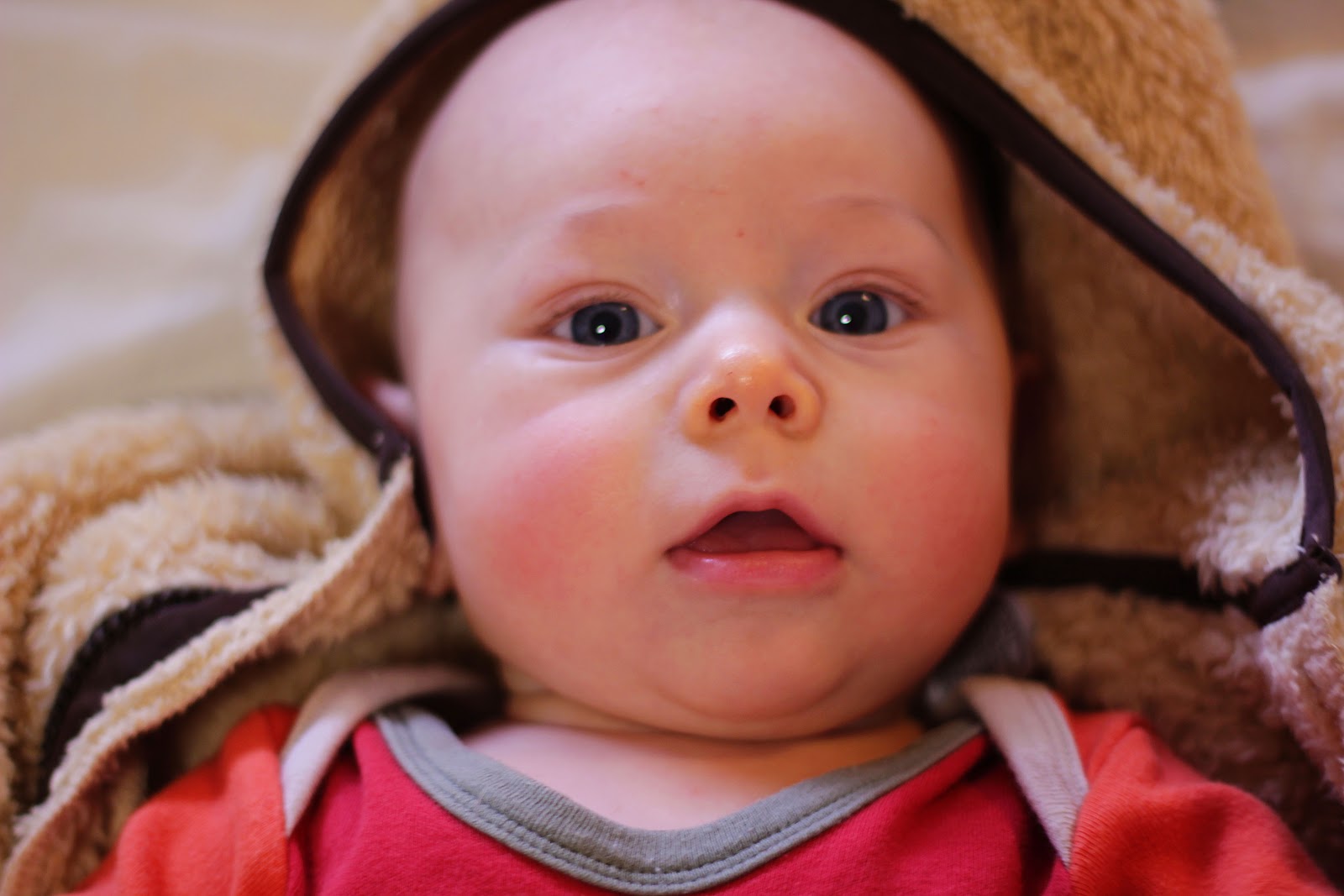