so roo has been following in daddy's footsteps/rock shoes/ski boots lately, it's so fun now he's getting older and to an age where he can start having a go at this stuff! he's usually very keen... and very serious and concentrated about it. the best was his little skis that we picked up from the MEC.. they had his name on them!! really it says 'rookie' but the 'roo' is on one ski and the 'kie' on the other, so cute.

i think it's awfully easy to 'encourage' (push?) kiddos in certain directions when they're this age, and put your 'thing' onto them. i think ol and i are really aware of this fact and just want to encourage the boys to be themselves more than anything. who knows what they'll be naturally passionate about when they're older.. if it's not skiing and rock climbing then that's totally fine with us!! as long as it's not watching TV all day.. or playing video games all day... hrmmm. 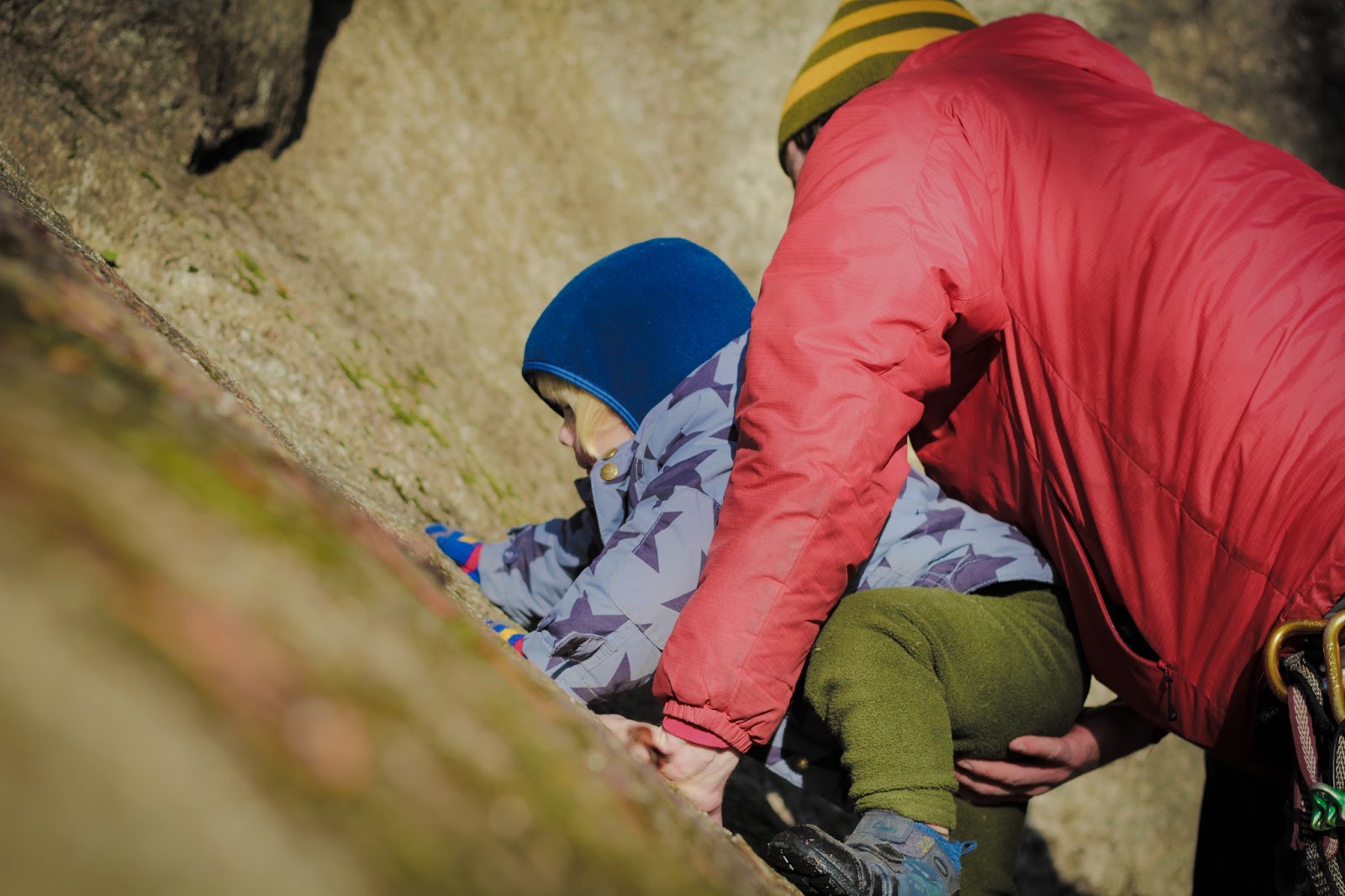 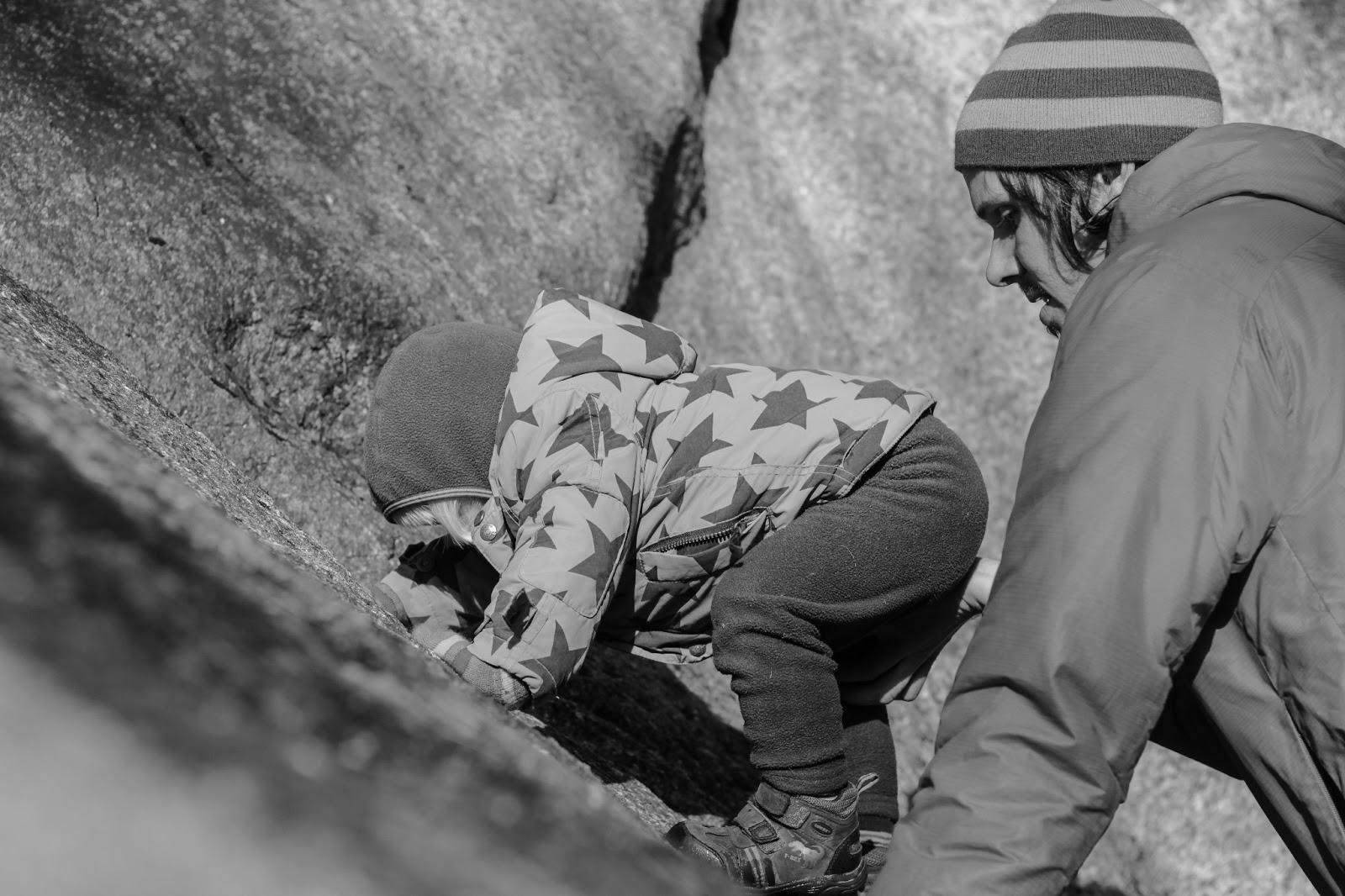 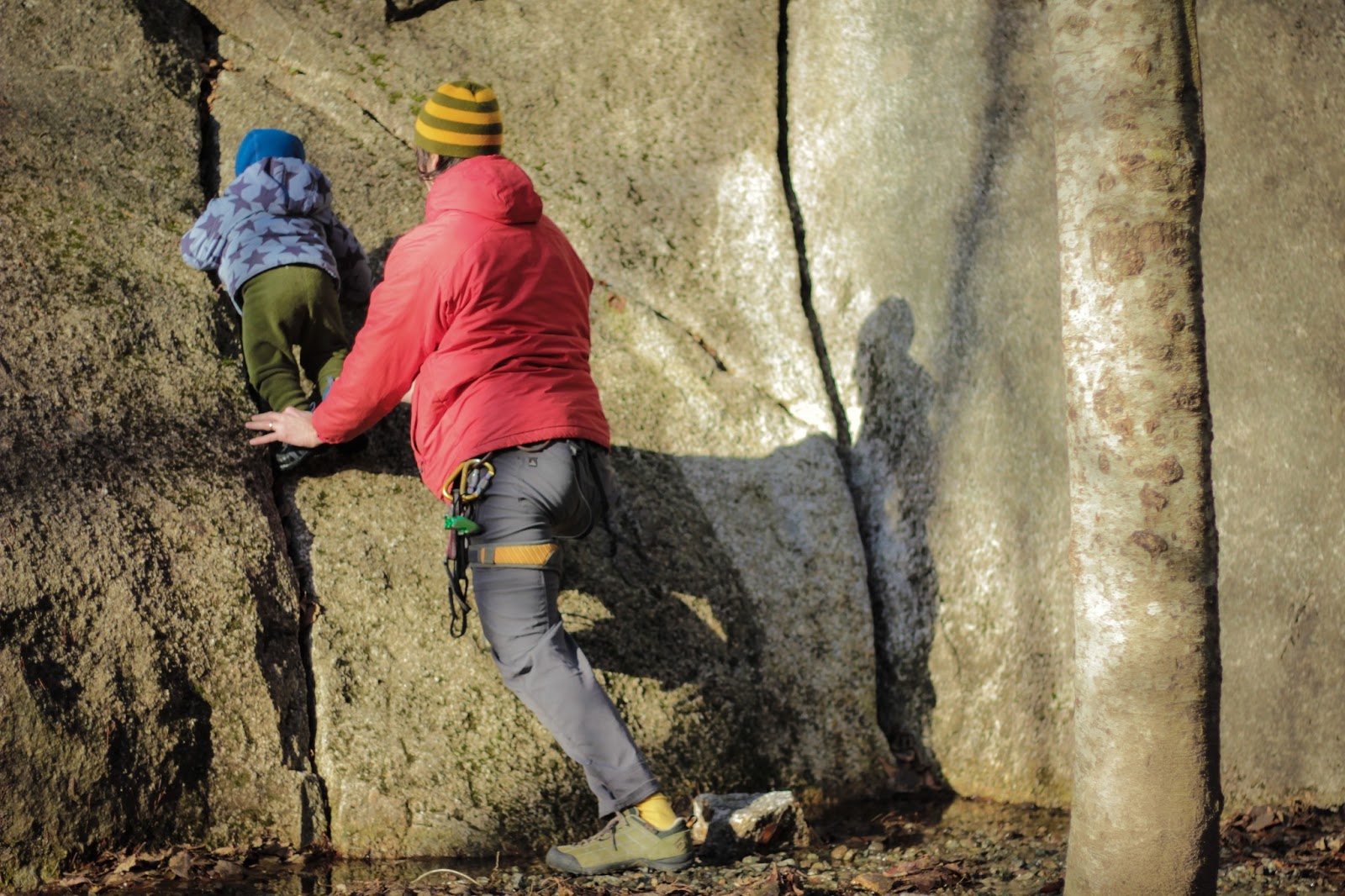 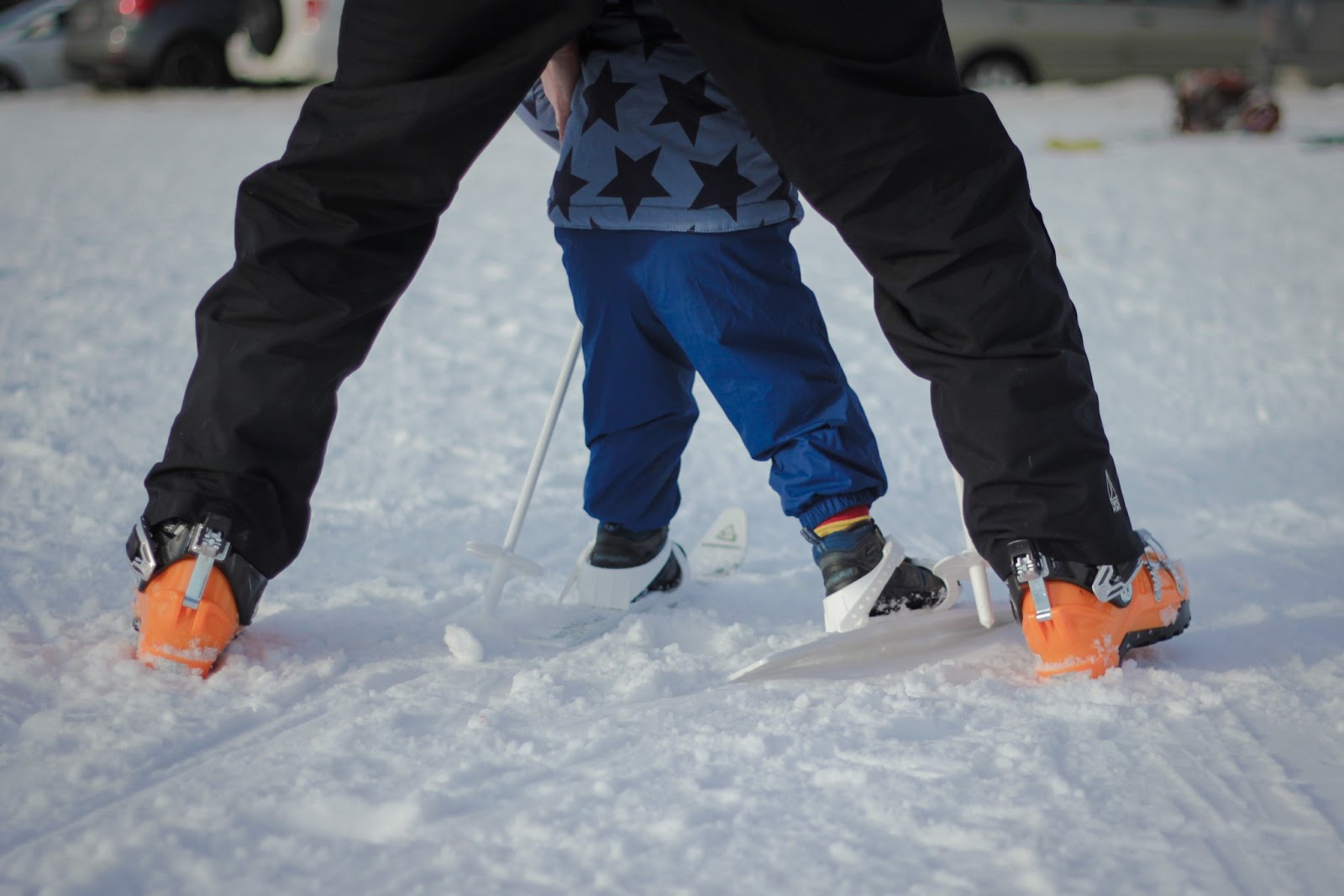 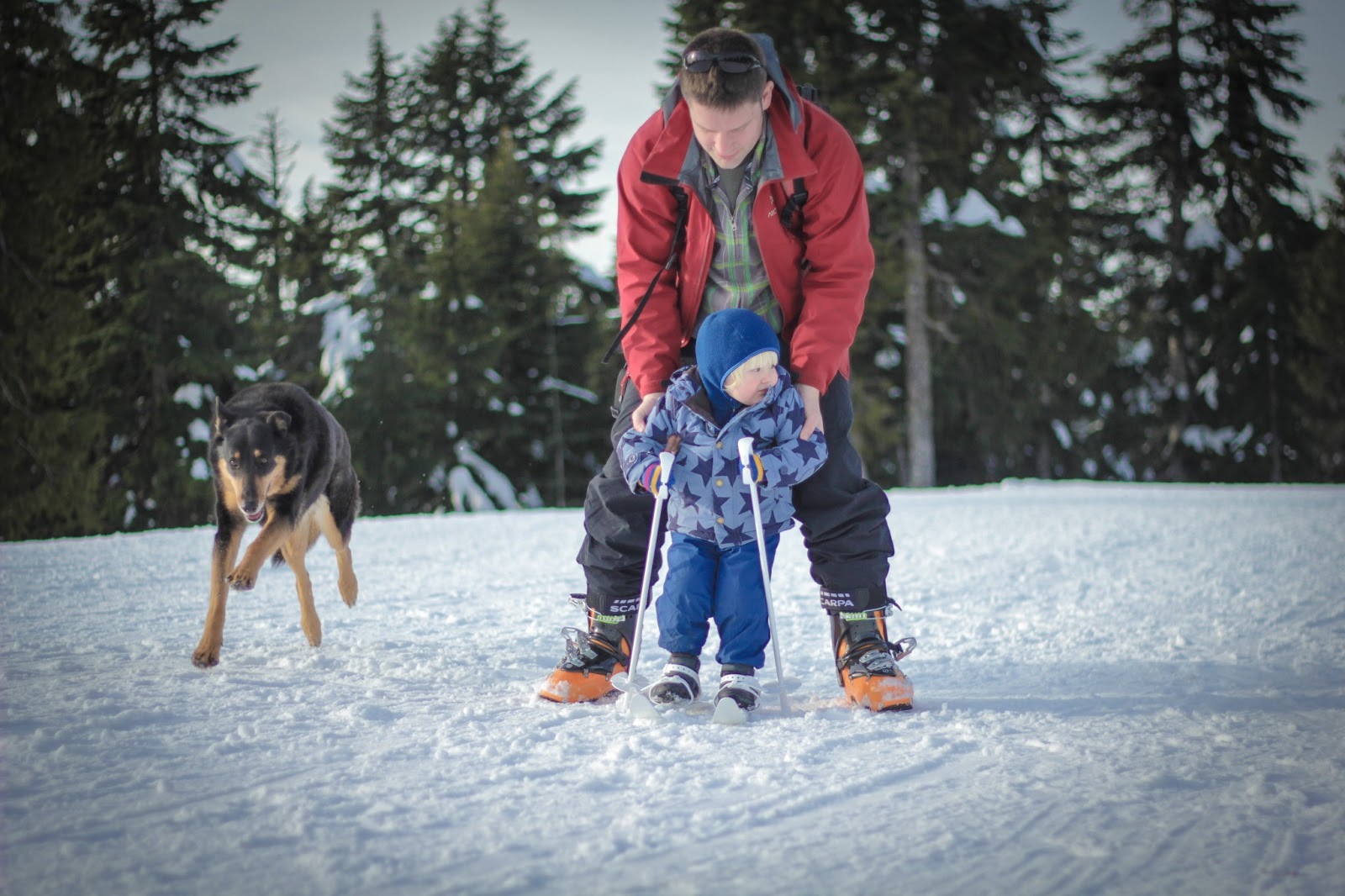 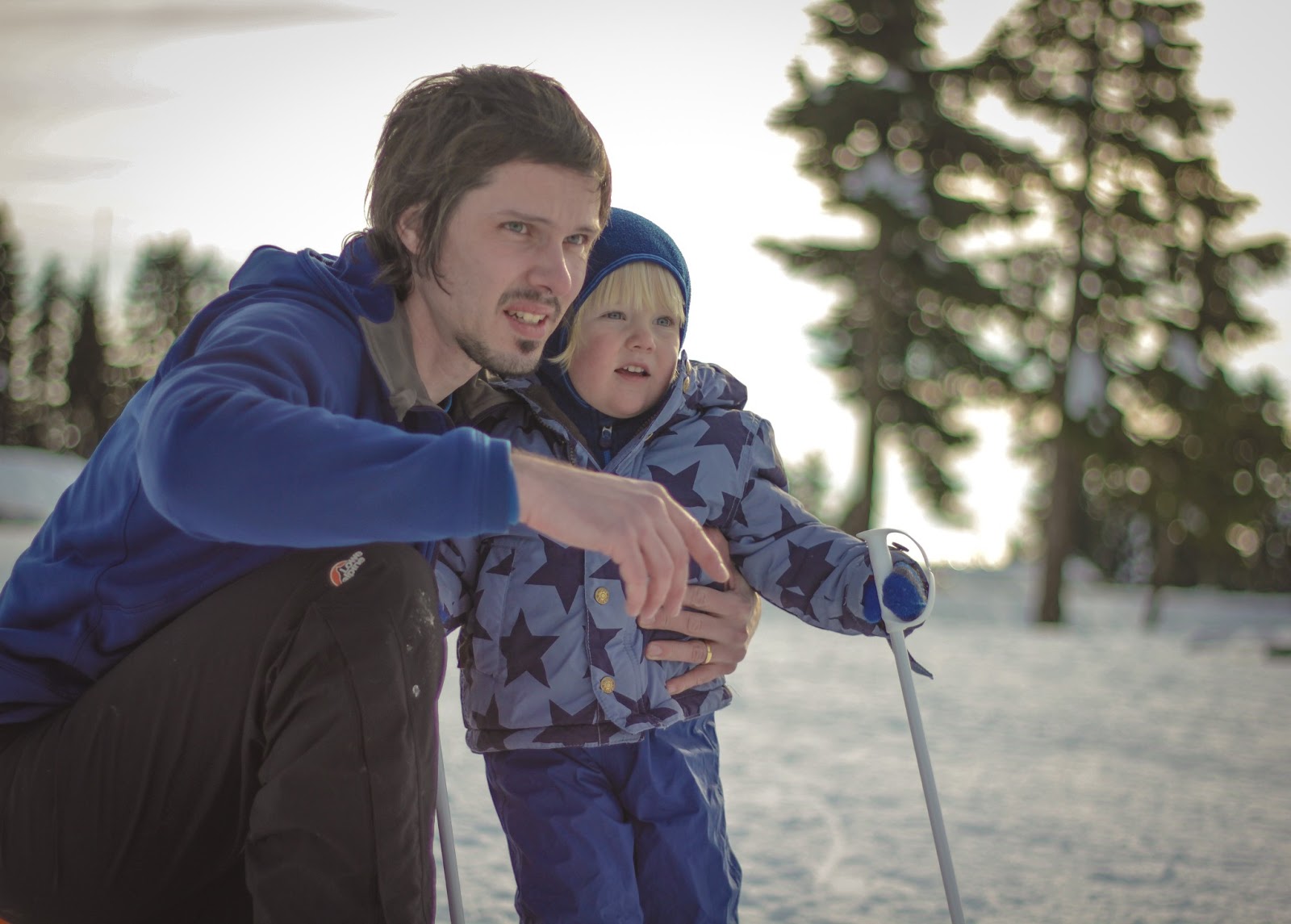 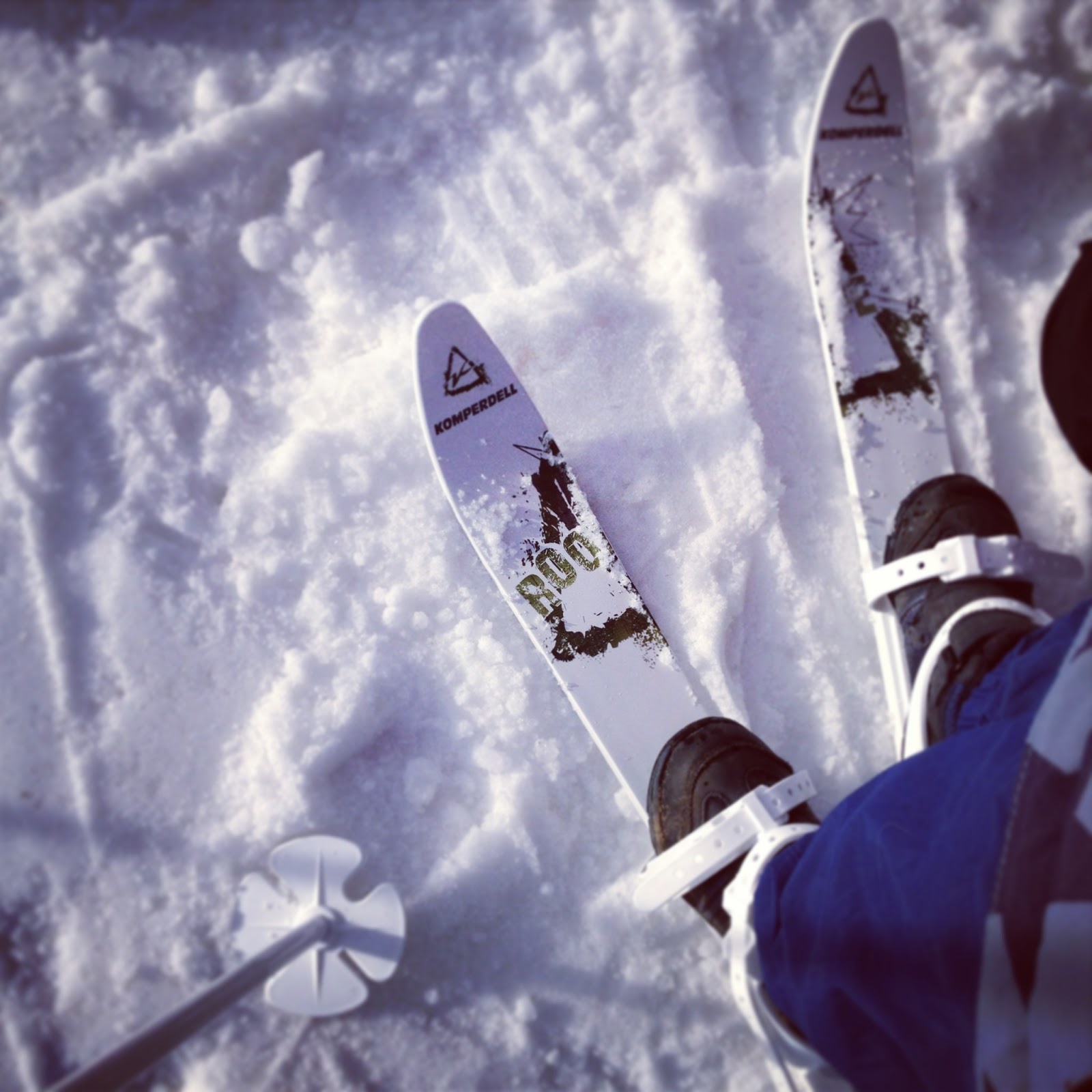