we heard on the radio that an elephant seal had decided to make it's home on a beach in west vancouver while he does his annual skin shedding (yup, sounds gross, i didn't know they do this) so we decided to go over and take a look today while we were in the area.

he (i'm presuming it's a he for some reason) wasn't as big as i thought he would be, and he wasn't that exciting really, just sunbathing and the slight tail flap... apparently it takes around 30 days to shed his skin and then he'll be off again. i think it's quite rare for this to happen in a rather busy area.

the kids weren't too impressed but they did have a great time playing on the beach! 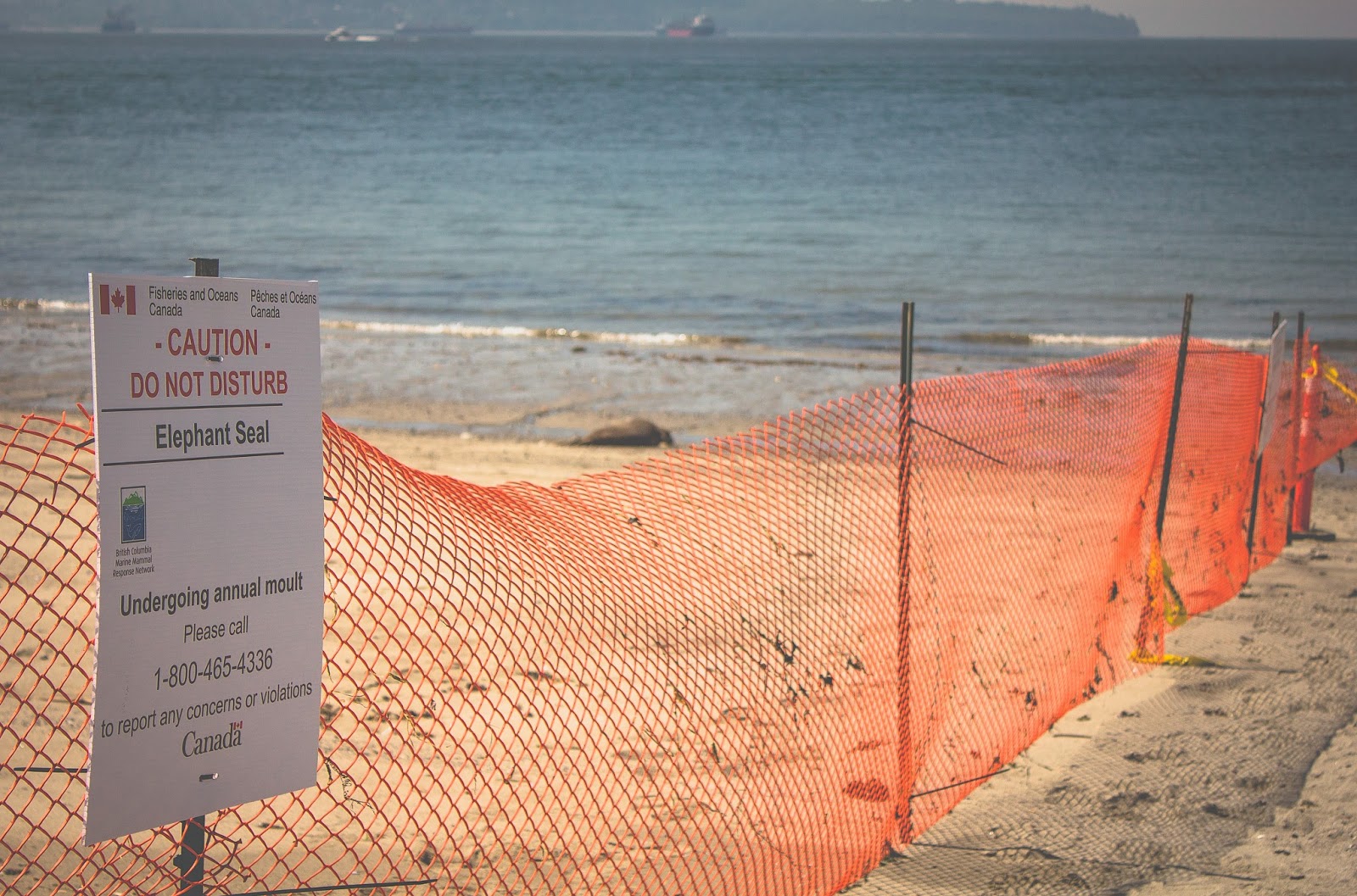 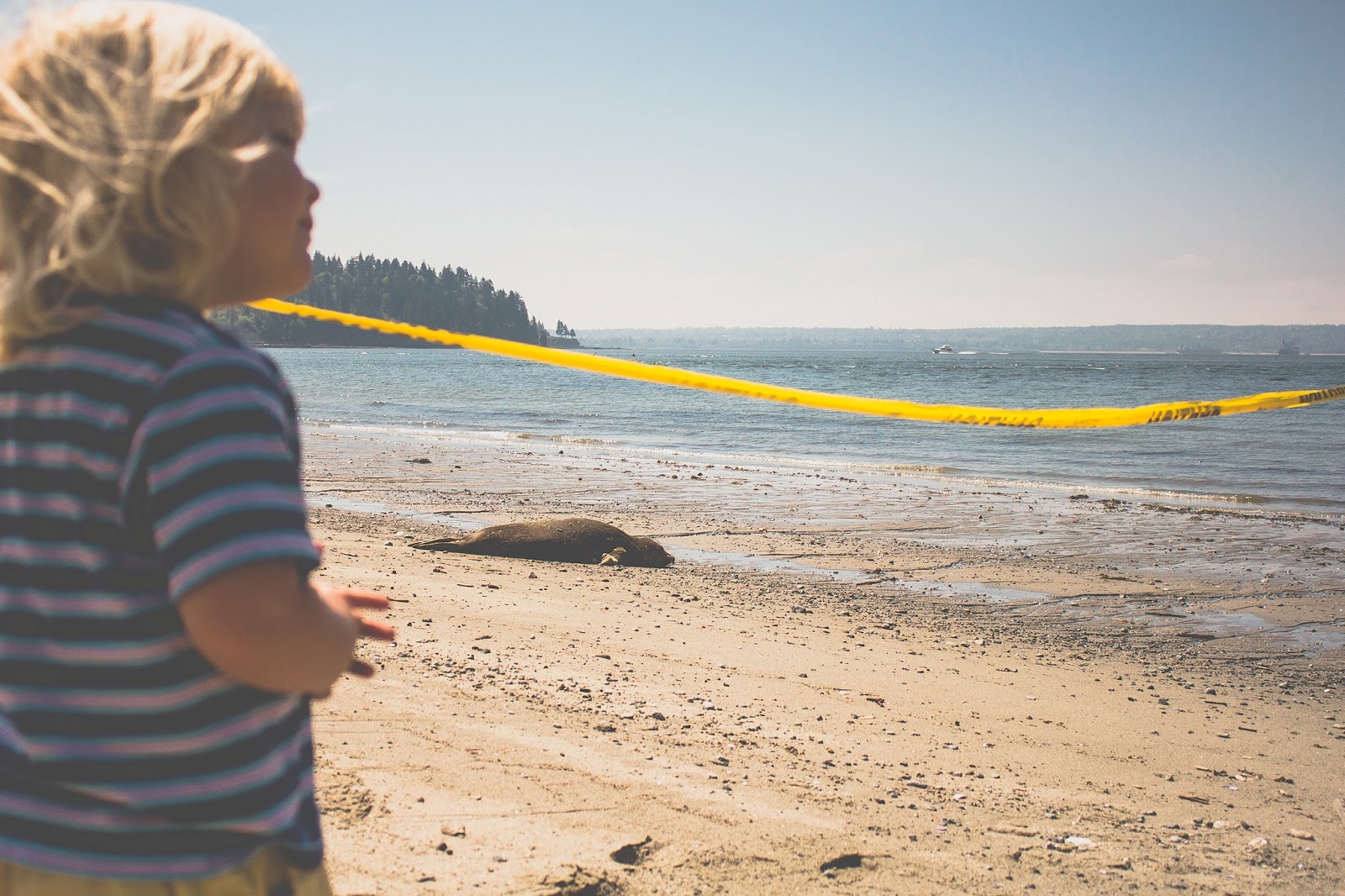 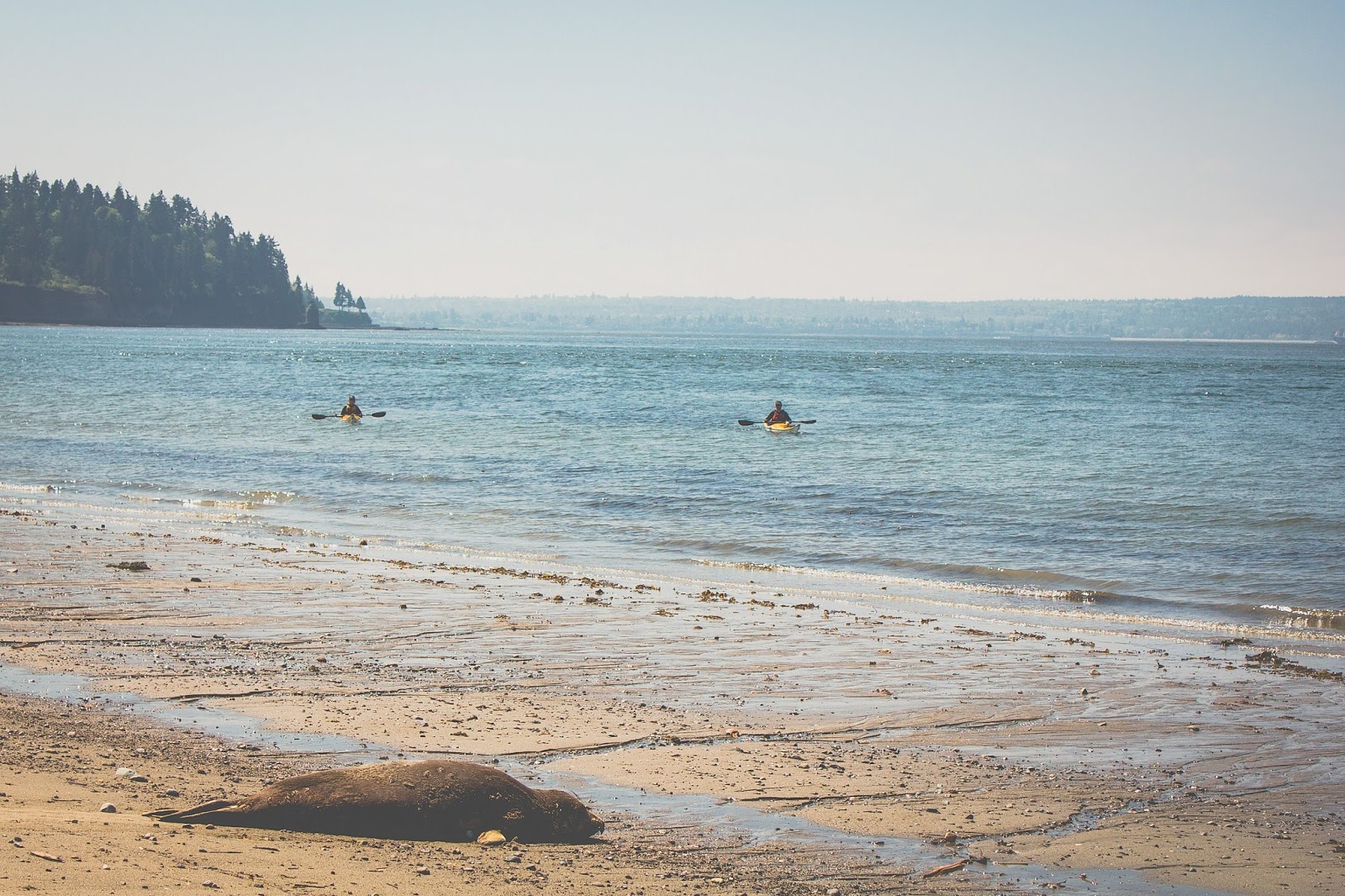 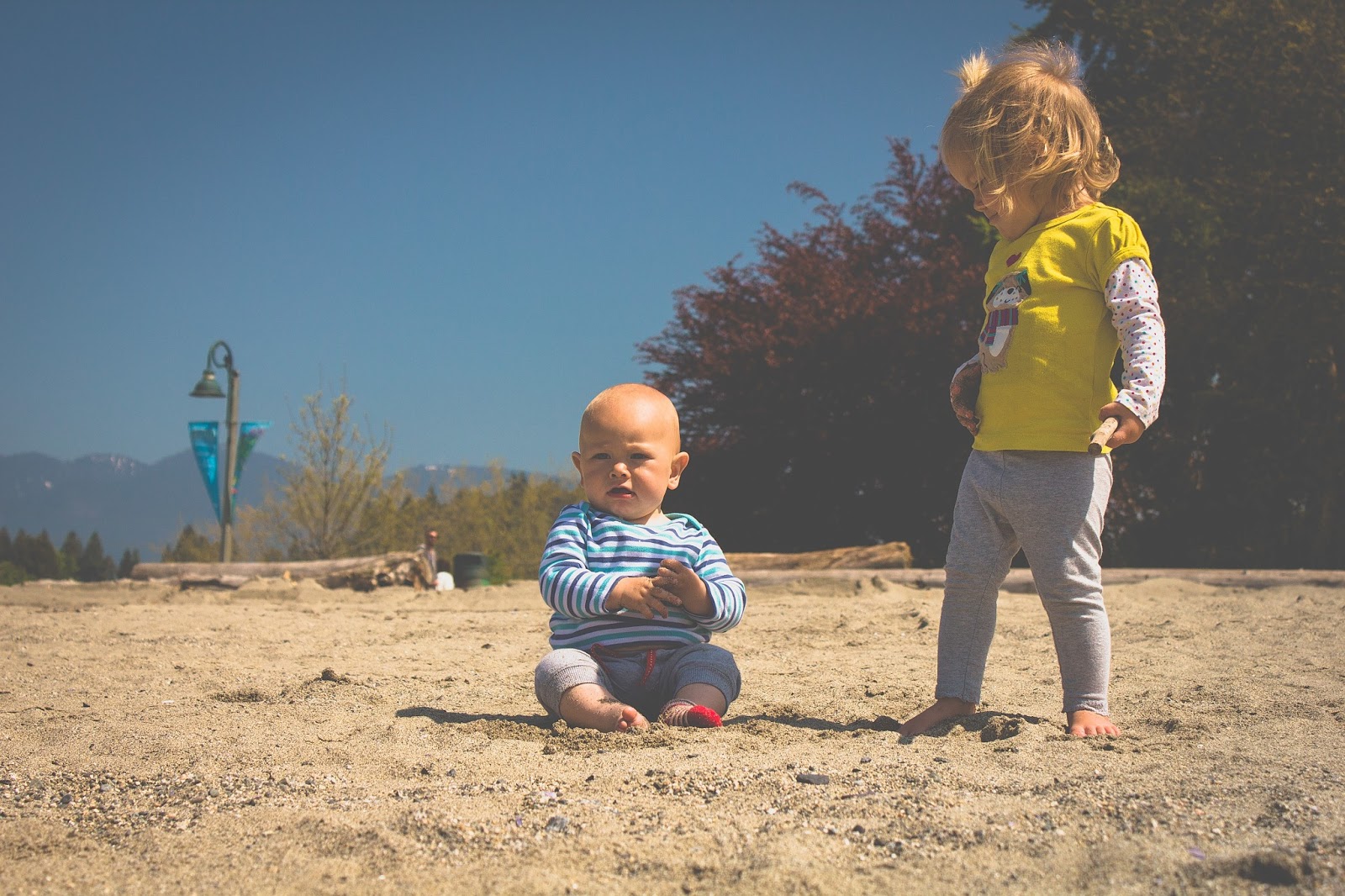 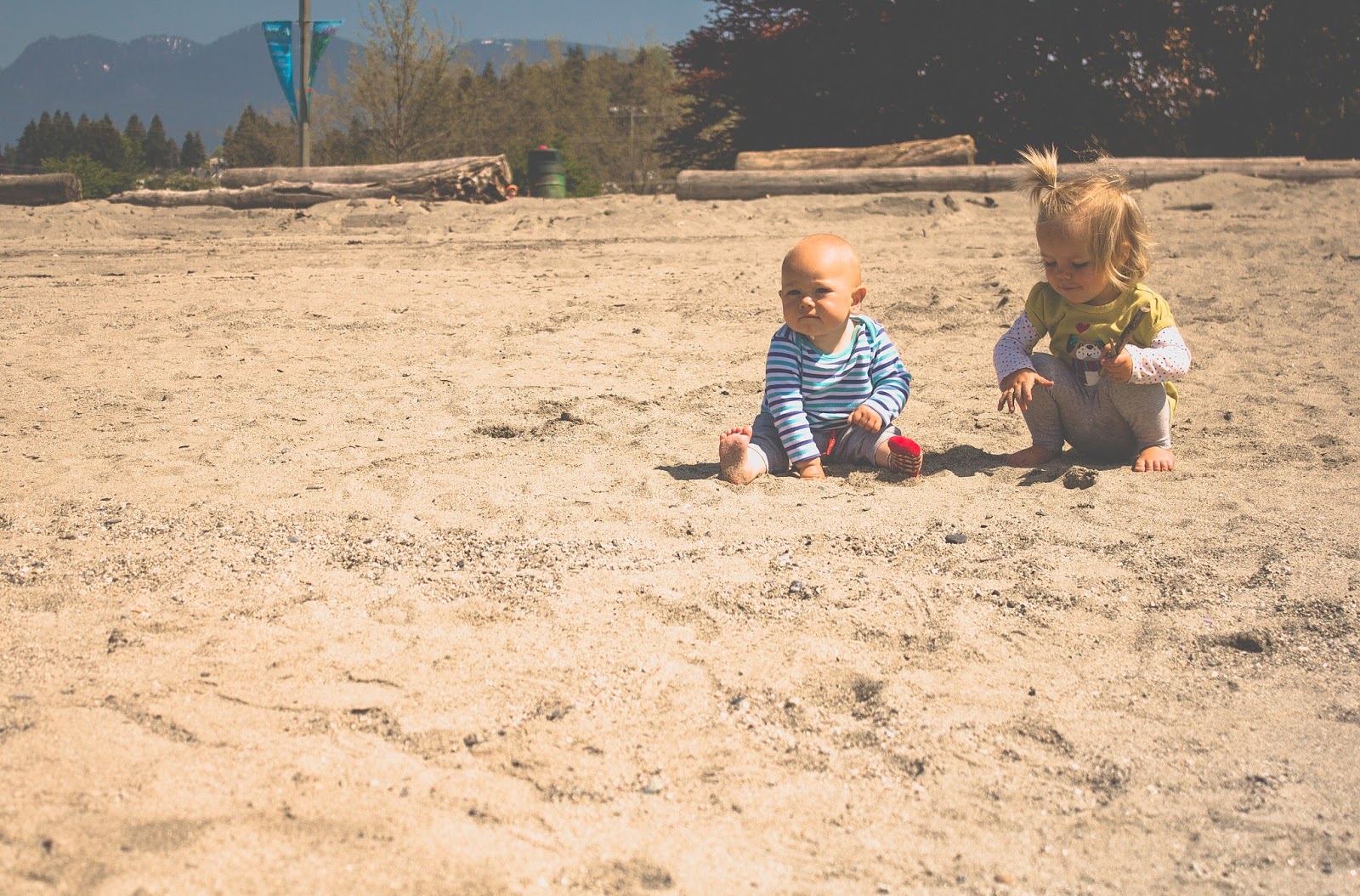 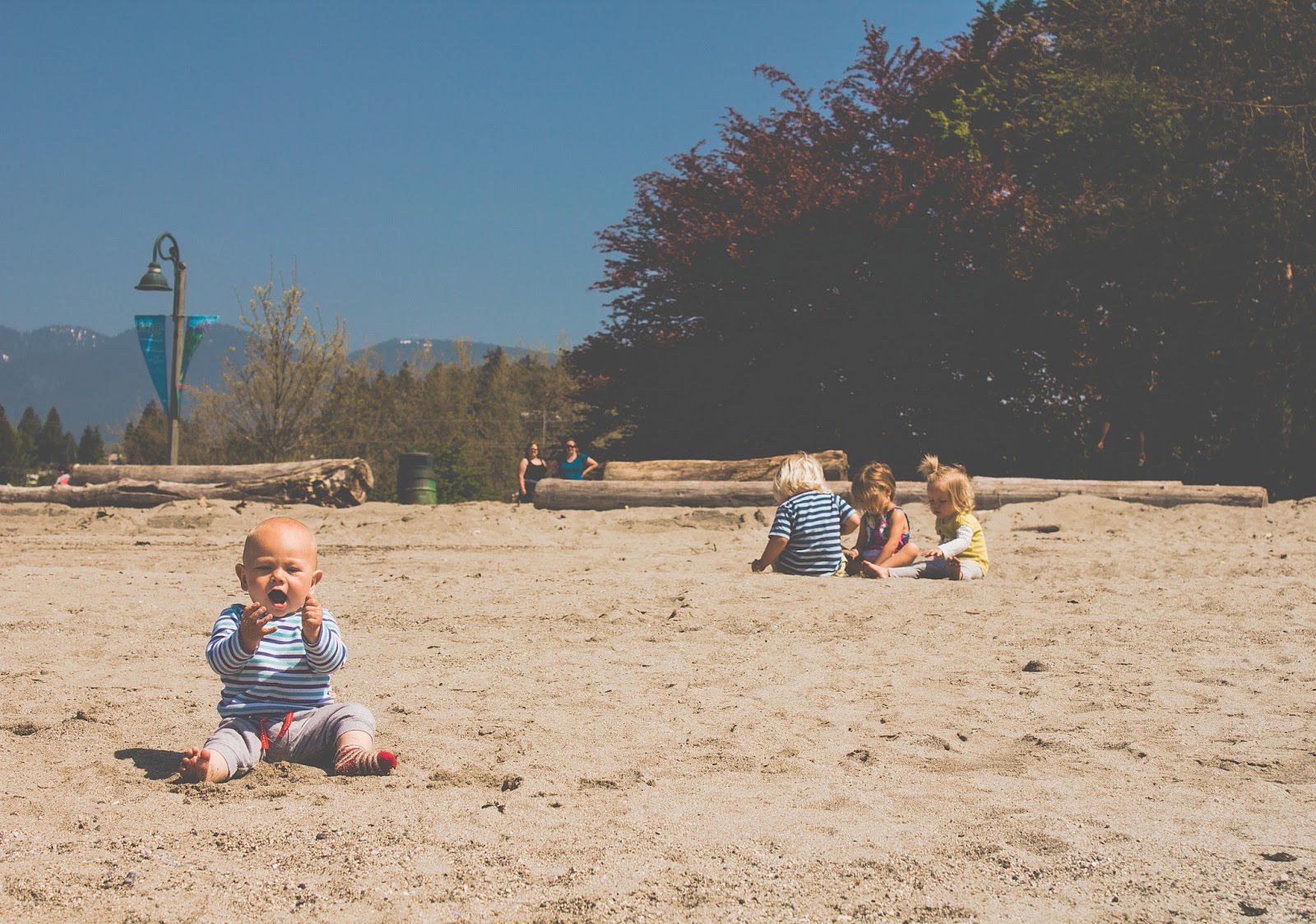 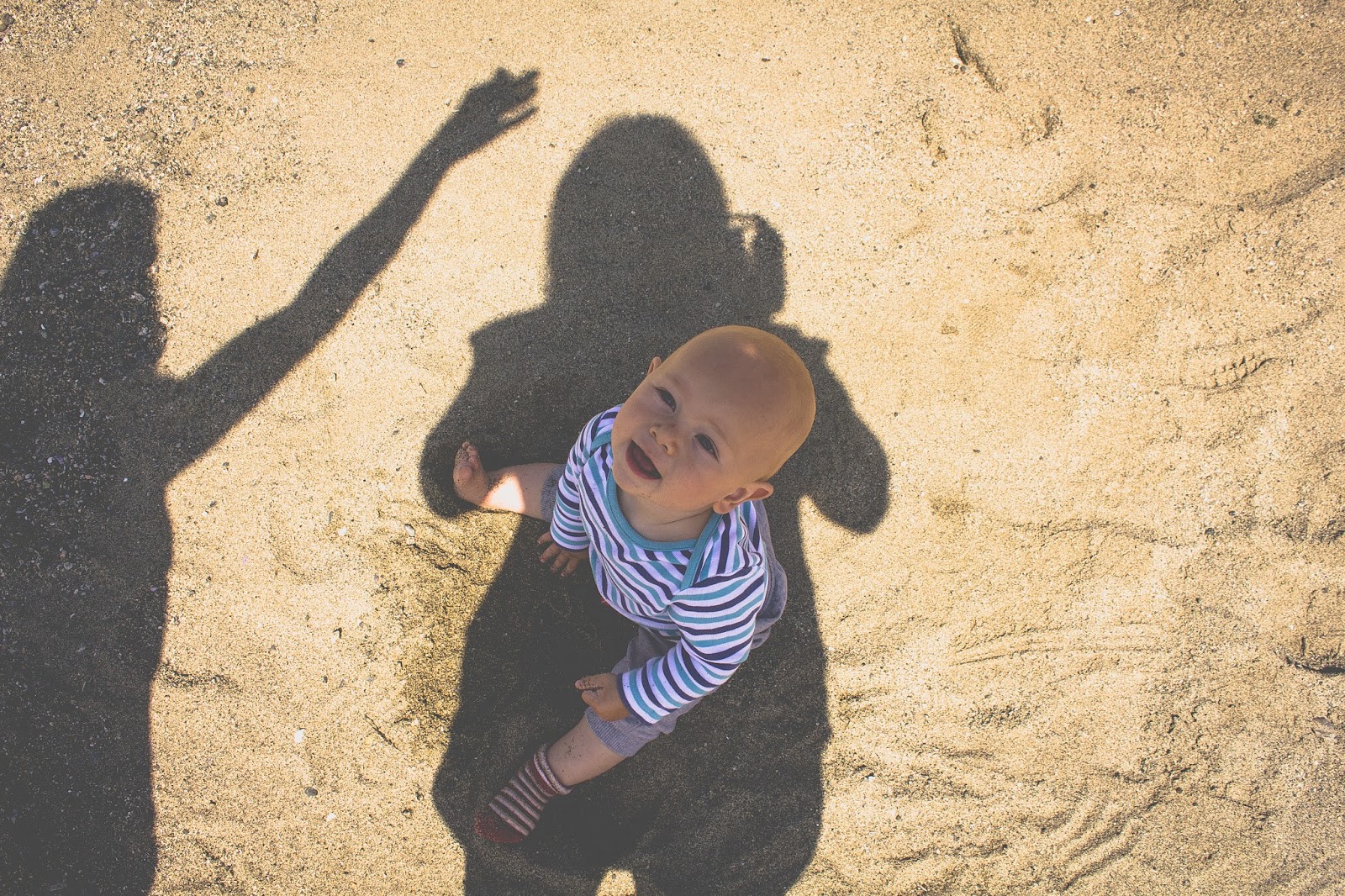 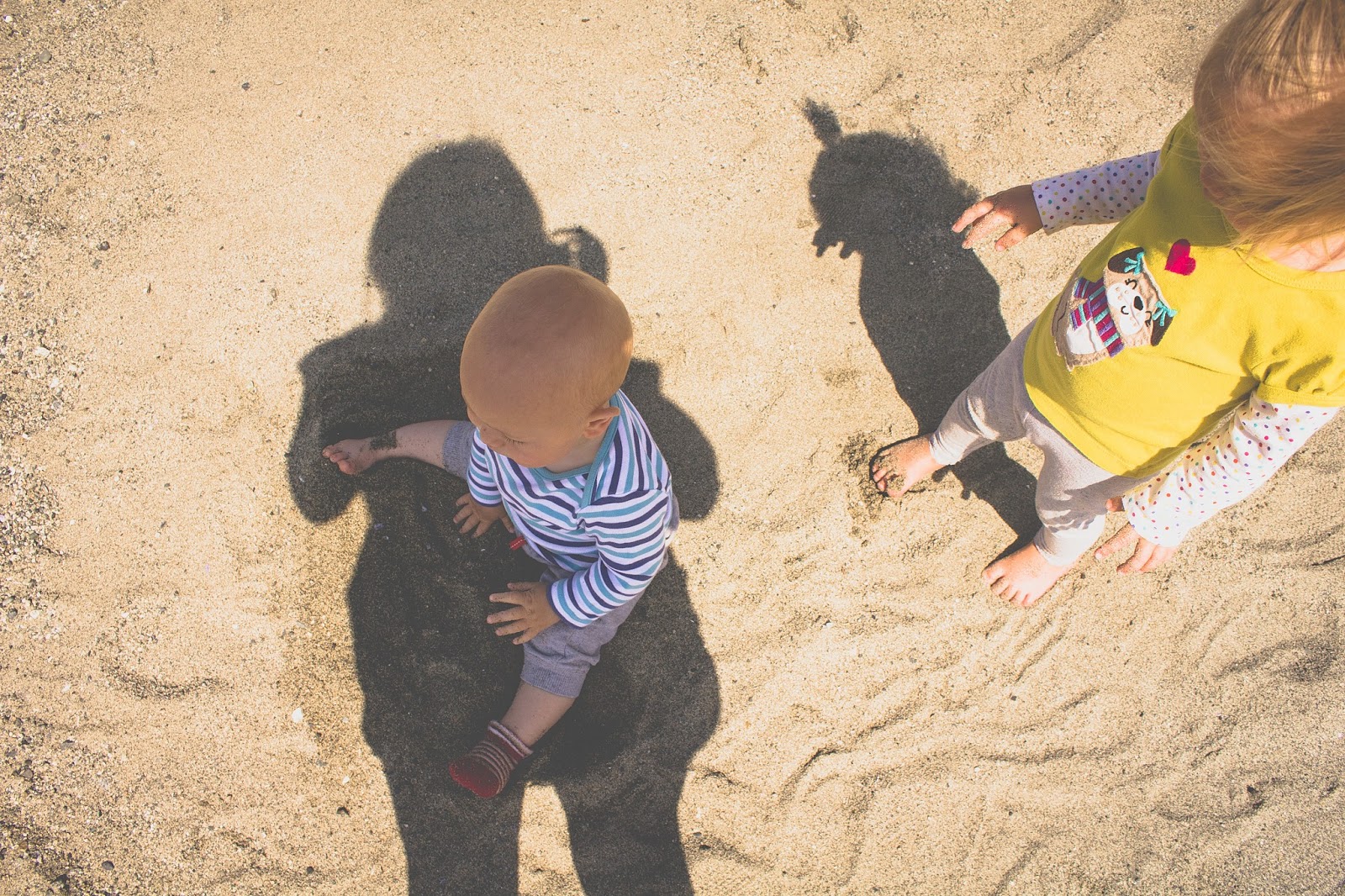